Today on an Infoblox-internal mailing list a question came up regarding how to use the Web API to export network information including any extensible attribute values defined on those networks. I already had a Python script that did something similar, and so I decided to update it to add support for EAs. I've attached the resulting script to this message. (You'll need to rename the file to have a .py suffix.)

The script will create a CSV output file containing one row for each IPv4 network and IPv4 network container. The output is sorted by network address, with containers sorted before the networks they contain. Each row of the output contains as the first two columns the network (or network container) address in CIDR format followed by the value of the comments fields (if any) for that network or container. The remaining columns contain extensible attribute values, one per column; if a particular EA is not defined for a given network or container then that column will be blank. The script automatically discovers all EAs defined on networks or containers, and exports the columns sorted by EA name. The script also handles multi-valued EAs.

Here's some sample output from the script:

The output file can be opened in Microsoft Excel and will produce a spreadsheet with eight columns. In this example the Contacts EA (fourth column) is multi-valued, with only one contact email address defined for 10.0.0.0/8 but two contact email addresses defined for 10.0.0.0/16. For the network container 10.0.0.0/8 the (single) value of the Building EA (third column) contains quotation marks, while for the network 10.1.0.0/16 its (single) value contains a comma. In both cases the CSV output is quoted so that it will be properly imported into Excel.

I hope this script proves useful, especially for those of you who want to do WAPI scripts involving extensible attributes.

I have a script that exports all used addresses, but it does not include extensible attributes. Here's the script:

Note that this script is not well-tested. It breaks on my own lab grid in some cases, but I'm not sure exactly why. (Maybe a WAPI call is returning too much data for the requests module?)

I tried the original script in our environment, but the script crashes on some unicode processing: File "./export-network-hierarchy-with-ea-values.py", line 200, in out_csv.writerow(network) UnicodeEncodeError: 'ascii' codec can't encode character u'\xf6' in position 1: ordinal not in range(128) I guess it needs some more unicode protection.

ok, this seems to be because of some special characters,like ö


ok, this seems to be because of some special characters,like ö

Yes, this is likely the dreaded Python 2.x problems with Unicode string handling. As far as I know the Infoblox system handles Unicode with no issue -- all the stuff returned from the WAPI is Unicode strings, I think.

Maybe this could be best addressed by porting the script to use Python 3 instead, in which all strings are automatically Unicode-compatible. Unfortunately I don't have time to look at this now, but I'd be glad to assist if you want to try to do this.

@FHecker I am getting an error, file not found, when I try to run your script.

I've confirmed that I have all of the modules installed and that the script is executable.

Can you assist with some troubleshooting? 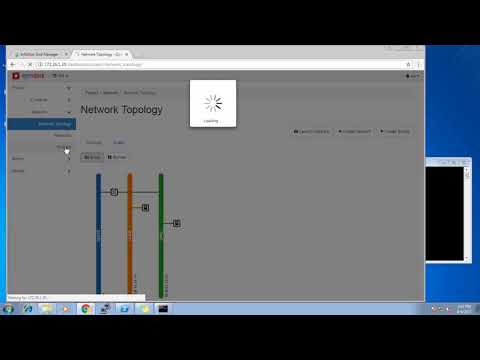