Controlling the boot timing for a highly available GMC after promoting it to GM?

If you have a GMC that is highly available (consists of an active and passive node), and you decided that you want to promote it to a GM, which means that it needs to reboot.

Can you control the boot sequence so that if this GMC is providing a DNS service, it will continue to do so despite the reboot. What I am trying to achieve is service continuity by capaitilizing on the fact that this member is highly available. 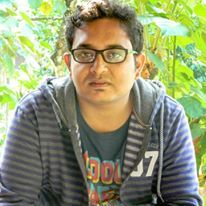 Regarding your current configuration:

2. The active node restarts in the process of transitioning itself to the master state.

6. All members, including the previous Grid Master should restart now (along with the above node) logging the same message "restart: new master found".

7. Though the previous Grid Master and other Grid Members are HA pairs, all nodes might restart simultaneously, because their active node would see the new master, log the message "restart: new master found" and even if their passive node transition to active, they would also see the new master and restart immediately. But you can stagger it as mentioned in the begining.