DDI Network container shows 100% use when all networks are created

[Edit: I changed the Subject line to more accruately reflect the actual issue]

I'm running the 60-day evaluation DDI virtual appliance. When I do a CSV import for a network, the Data Management List view displays that network container as 100% utilization, and the network containerss show up on the Dashboard, under the "IPv4 Networks Over Threshold" widget.The networks themselves all show correct utilization, though.

I ran a manual discovery on every network within the container, but it (the container) still shows as 100% utilization.
I created a new one yesterday, and included a couple of screenshots to show what I'm seeing.

Each network underneath, showing correct info:

If I manually create the network container and all the networks underneath it, this does not happen.

Ah, I think I figured it out, and it may be a misunderstanding on my behalf, though this is less than ideal.

It looks like the /16 container will show as "100%" Utilized if every network underneath (i.e. all /24s) are simply created. It's not an aggregate of actual IP addresses?

My assumption / thought was that the IPAM Utilization was supposed to show % of actual IPs used. It kind of makes sense this way, though I kind of wish it were able to be toggled such that I could look at 10.6.0.0/16 and see actual IP utilization %. If the container is supposed to show 100% when just networks are created under it, how can I keep those containers from showing on the dashboard widget?

Your assumption is correct.  At the IPAM level utilization reflects the percentage of space available.  In your example all network blocks are allocated so utilization is at 100%.

That's pretty clunky though, no?

The DHCP part makes good sense - the addresses are in a scope and can be assigned, so best to show them simply as used. I don't really consider that to be the same logic - those addressed are in scope, where as a whole network is not.

The networks under a container doesn't really make sense. If the networks themselves are already calculating correct % use, why can't the container, at the IP level instead of the network level? At the very least, I would think this would be an option so companies of different sizes can select which makes sense for them. I don't care about blocks/networks, I care about individual IPs. I've worked at places in the past where the block was all that was cared about - so both are valid options, but DDI only fits one, currently.

Also, how do I get those containers to not show on the Dashboard then? I cannot easily see if a network is over my threshold, since those 100% containers obscure the view. 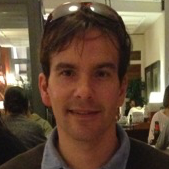 You do not need to create a container and could simply work with all of the networks in a "flat" view but this may be a bit clunky as well if you have a lot of networks.

While you can not make those containers completely disappear from the dashboard thresholds (unless you actually remove the containers) you can sort by utilization in the dashboard widget. This should at the very least show you if there are any other network/containers above your threshold that are less than 100% as they will then show at the top of the list.

Just to piggy back on this post, I was wondering the same thing when I first started looking at this.  Not sure if this needs to be submitted to support for a feature request, but a Grid option to display % of actual used/allocated.  That way the user can control what is shown

Absolutely agree, and that is why I haven't yet hit the "Accept Solution" button here. There is no solution, as of yet.

I also changed the Subject line of this topic to more accurately reflect the issue. I don't know if a feature request can be put in (especially since I'm not a paying customer - "little" things like this add up and make me hesitate. Presentation to my customers is important!). It'd be nice if one could be, and if it could be pushed through. How well does InfoBlox listen to these kinds of requests, and what is the usual turn around time on them? 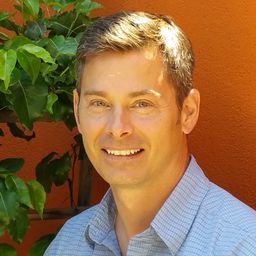 Appreciate the inputs and comments!  What I will say is these issues are rolled up to our engineering group and product management.  In fact, I'm going to ensure the right folks are aware of this (if not already) when I complete this comment.  We're very proactive, and I'd recommend you also consider reaching out to your Infoblox account representative.

Lastly, once engineering and PM reviews, I'll be happy to follow up with you directly via PM (if it's confidential) or directly on the thread.

If you appreciate my efforts, please give me a kudo ↓ or Accept as solution to help others find it faster.
Reply
2 Kudos
Highlighted

Awsome to hear - thank you for that. It's very comforting to read that, and I'll keep my eye out on further developments here.
As I mentioned, I'm not yet a paying customer. InfoBlox DDI solves a lot of our problems. I feel that we're not a true target customer for the product, just due to how our network is established and how "small" we are. If some of these options could be tweaked for companies like mine, I'd feel even better about going to leadership with the quote, asking for a PO. I have something like 45 days on this virtual appliance, which I wouldn't even know how to update to get any new features/bug fixes at this point regardless

. But, you're here, listening and talking to people who can at least get changes on the roadmap. That's more than other places can say. We have a "Request for Enhancement" regarding this.  It is under consideration, but no release commitment yet.

In the DHCP view you can see both IPAM usage and DHCP usage, which may help with the solution. But it also points out that different users have a different idea of what 'usage' is.

For some users they want to know their network allocation, "how many /24s do I have left in my /16", wheras other users want to know the exact number of IP addresses that are in use. The 'IPAM usage' and 'DHCP usage' are different calculatons based on different rules. and there is no optimal solution for everyone.

The best way to get exactly what you need for values is to make API calls to get address or network counts and then calculate the usage values yourself.

I don't really consider "making API calls" a true, valid solution. I'm actually getting a little frustrated that so many of my questions I've asked have been answered with "make an API call".

To begin, I'm not a programmer, and my organization is not, in the least, interested in having a person spend time and effort learning to do that. If there was at least PowerShell (or even perl, but we only have one person here who knows perl) integration, I could make a case for it, but InfoBlox lacks that.

Second, in this specific case, making API calls doesn't even resolve the full issue. The 100% use containers will still show up for all users on the dashboard. In addition, it adds another area that users would need to monitor or access to view information, instead of just from the dashboard (or other page within InfoBlox).

There is an optimal solution for everyone - make it a toggle/option! The math is already being done, in part, for both scenarios. Having a simple switch to display either network allocation by subnet or by IP space should be simple.

For now, I'm removing the (uselss for us) network containers and going to a flat view. Thankfully, the search function within InfoBlox is reasonably quick, and we'll just use that. I don't know how I'm going to tackle the DHCP portion of it, since our scopes are a mix of /16 and /24 (and I think even a /22), but I'll have to tackle that at a later time... or just not use InfoBlox for DHCP.

Did this enhancement request every get incorportated into a code release yet ?

Unfortunately, we do not have this RFE implemented yet.  No expected date.

Thank you for the clarification.  This is totally different than our previous IP management tool and explains the confusion I am getting from our Techs since we changed over to Infoblox.  Flat view is NOT something we can do (way too many networks).  Hope this can be changed to show IPs in use instead of the Networks allocated in a subnet.

Don't use the DHCP part of Infoblox, so the ipv4 DHCP bar is not possible/usable.