I tried to import MS DHCP Server 2008 Data to Infoblox vNIOS 6.5, but through DIW its not importing, tried several time but it shows error.

As i assume DIW is not supporting for MS DHCP migration 2008 onwards, can any help me in this.

I use the DIW to migrate from 2008 and 2003 Microsoft servers to Infoblox 6.5.x regularly and it is working well.

There are a few things I've learned.  Do not use 2008\Windows 7 versions of netsh to export 2003 DHCP servers.  Netsh will exit without errors but not give you a valid export.

Editing the export text file in notepad down to just the subnets you want to import before ever open the DIW sometimes make it easier to track down any configuration 'errors' in the Microsoft config that the DIW \ Infoblox will not process.  Sometimes find and replace in notepad is much faster than making the changes in the Microsoft or DIW GUI.  It takes a couple tries to figure out what header and footer info the DIW requires to still see it as a good config file but once you have that down its smooth sailing.

Hi, Thanks for this information...

But can you elaborate this "Do not use 2008\Windows 7 versions of netsh to export 2003 DHCP servers.  Netsh will exit without errors but not give you a valid export."

And the same is not able to import to Infoblox vNios 6.5 through DIW, so please if possible can you elaborate and explain details or step wise.

this will help me to resove this issue.

I have a Windows 2003 DHCP server that I keep around to run all the netsh DHCP dump commands on.   The 2008 \ Windows 7 netsh command seems to only work well against 2008 servers.   If you point newer versions of netsh at older versions of the OS's you get an incomplete export file.  I don't know if DIW will recognize the incomplete export file that results from a version miss match or not but you will realize it for sure as you will have no valid networks or scopes to import as you get to the last page of the DIW.   I opened a bug report with Microsoft, they verified the issue but have no intention of fixing the bug.

Basically, use 2003 to do all your dumps if you are doing them remotely as it seems to work up through 2008 R2 for sure or do them locally on the server that is running DHCP so that you do not run into any version miss matches.

The diw won't work well with an incomplete export file. so yes, you need to use an older version of netsh with older win servers.

I would suggest opening a support case and sending them a copy of the incomplete export file. Infoblox should be able to patch the DIW so that at least it tells you the file is bad.

The MS DHCP Migration is successfully working with DIW and I did it, actually at the time of migration there is line parsing error coming.

And we need to delete those lines which raise error and after that you'll be able to import MS DHCP data to Infoblox.

Anyway thanks to all, because your input helps me in this.

0
I’m migrating from Windows 2008 DHCP to Infoblox. I’d like to import my 2008 leases so when Infoblox takes over it will be aware of which addresses are in use. I’m having difficulty finding out how to do so. I found the "Infoblox CSV Import Reference NIOS 6.5" but it doesn’t appear to reference how to import leases. It discusses how to import a network, range, reservations, MAC filters, … but I don’t see anything about leases. I exported my DHCP leases from Server 2008 to a CSV using Action | Export List. I then added "version 6.10" to the top of the file and did java –jar –xms128m –xmx1024m diw-6.10.3.jar The error message I got was “Formatting Error: input file infobloxImport.csv”. I also tried importing from the web interface using CSV Import on the toolbar. I got “CSV Import is not valid. First line of the file must be either a valid version number of a valid header line.” It does have the version number on the first line so I’m not sure what the problem is. Am I approaching this wrong? If so, what is the proper technique for switching from a Microsoft DHCP server to Infoblox? Thanks for your help.
Reply
0 Kudos
Highlighted 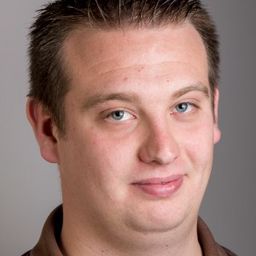 I am not sure why you want to import the leases. I did some migrations for customers myself and never even thought of doing that.

Infoblox will try to ping the emty lease before it serves the address to the client device, therefore you wont get duplicates.

The ipam scan can provide another usefull insight.

Any reason on why you want to import the leases?

Typically a DHCP migration would involve the steps below (but the order may differ from case to case based on your environment and how you setup DHCP):

If the steps above sounds jargon to you then I suggest you engage a good partner or Infoblox Professional services to finetune the steps to your environment.