Our company uses an IB appliance with NIOS 7.3.4 which is synched with a MS DNS server, which runs windows server 2016 OS.

The connection to the MS server is faulty, IB shows a sync failure with the server but we couldnt find any reason for it, especially due to the fact that data does sync between IB and the server.

Nevertherless on some occasions, when DNS records are created on IB (via wapi), they tend to disappear without any logging or notification. Audit log shows clearly the creation of an A record and a PTR record, then a couple of minutes later one of them is gone.

MS logs do not yield anything infotrmative about this issue, as they only display sync summaries and tracking a specific record is impossible.

I'd like to ask for recommendations regarding the operation of the MS sync mechanism and the issue of closely monitoring the synched data. 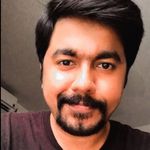 “The connection to the MS server is faulty”

So you said that the data is being synchronized successfully, despite of this error ? Assuming that you’ve given Read/Write permissions, can you double check this by adding a DNS record from NIOS under a synchronized zone & confirm that the record replicates to Microsoft successfully ? I believe you are looking at an error reported while doing a ‘Test Microsoft server’ from Grid -> Microsoft servers -> Servers. Or may be the status of the Microsoft server itself in this page ? It’s quite hard to make a random guess about the specific error which you are referring to. Can you please specify/give a screenshot of the particular error which you see ? Are there any other Windows 2016 servers managed by the Grid, which looks perfectly fine in all terms ?

With regards to the record missing problem, I suspect something’s happening during the next synchronization job after which the records are created. Especially because of your statement, ‘Audit log shows clearly the creation of an A record and a PTR record, then a couple of minutes later one of them is gone’. By default, the synchronization job happens every 2 minutes – unless you’ve made changes to this configuration. If that is the case, the “Microsoft logs” under Administration tab is where you need to look at, in order to figure out what may have happened. You may select the respective Microsoft server from ‘Servers’ list here & it should list Microsoft logs specific to that server. In order to see logs messages about all events associated with synchronization, you may need to select the ‘Logging level’ to be ‘debug’ under Grid -> Microsoft servers -> Servers -> Edit the respective server -> ‘Logging level’. This would be ‘Normal’ by default. I’m not sure whether this is the log that you reviewed earlier ?

A probability that I can think of is a conflict detected during the synchronization job, resulting in deletion of the record from NIOS. Check for keywords such as ‘deleting from NIOS’ in the Microsoft logs. Looking at the nature of the problem, I think it’s a good idea to engage Infoblox support since this may need some data review. With regards to your first problem, as I’ve mentioned earlier, if you could specify the error seen, we would be glad to dig on that for you.