We have had numerous requests from Sysadmins who want to PXEboot servers in a network to a different server than the corporate one.  In the past, I have created static hosts or changed the PXE settings temporarily but at the moment I have two groups who are trying to PXEboot a large number of servers in the same network.  Some want it to go to one PXE server, the others want it to go to another one.

If there a fairly easy way to identify which is which?  I would rather not hard code mac addresses and since these servers are all in the same blade chassis, I assume that they all have the same Mac vendor.

Would there be a way to identify the ports with Option 82 or something?  I am using Cisco Nexus switches with the servers connected to a Nexus 5500 and the IP helper on a Nexus 6000 upstream 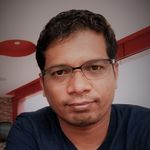 You can use "Relay Agent filter" under "IPv4 Filters" to identify the "Remote ID" or "Circuit ID" from option 82. Also, you can explore the Fingerprint filter. You can review few client requests to understand if they fall into a certain DHCP Fingerprint and use the same as the filter.

The way we are handling this on access networks is multiple DHCP pools with MAC filters managed by the department IT staff, then a general "fall through" pool for any systems not requiring special settings.