We recently had an update to our DNS servers, so every statically set device required a manual update to point to the new DNS forwarders.

Of course, all of our DHCP clients were automatically updated, but was a tedious task to hit all of the manully configured ones.

I was thinking it would have been nice if all of our devices, including servers were set to DHCP with reservation so we didn't have to do all of the manual updating.

I had read that one of the security concerns of setting servers to DHCP is that someone could put a DHCP server on the network and then be the new assigner of IP's and redirect traffic to malicious sites.

Are there methods within InfoBlox to utilize DHCP for servers to eleviate any security concerns as described above? 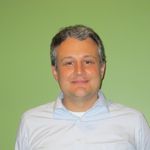 Infoblox's NetMRI product has a rogue DHCP Server dectection. This is yet not part of the NIOS Network Insight, as far as I am aware. You might want to talk to your Infoblox Account Team, so they can add you to the requestes of an RFE that might exist (or could be created).