Playing with the SuperHost that showed up in 8.5, it feels like a half-hearted attempt yet again to get a feature that's been needed for a long time.  Also disappointed that it's not available for CSV import/export.

I was hoping it would solve the long standing problem of managing a "host" (any device really) that had one IP address in one view and another IP address in a different view, and maybe even different in more than 2 views.  It's common in the day and age of NAT, DMZ, and inside/outside/VPN access that sometimes a public IP address needed to be presented to a client connecting from a restricted VPN or just "outside" on the public Internet, e.g., at a coffee shop, and the internal RFC1918 IP address accessed from a client that's on the intranet inside the firewall, e.g., at the office.

Now arguably there's some design aspects that could be embraced to not resort to "hacks" in DNS to enable the right access, but that isn't always possible to change for various reasons especially in large complicated organizations, which I'm often lucky enough to deal with.

But from an operations perspective, seems to me this feature would have been best to just have been added into the Host object functionality and that pulled out into it's own tab in the GUI under Data Management...  allow IP addresses to have a View column to pick which views (yes, possibly multiple views) the IP was published in and corresponding PTR/CNAME records created in those views.  Keeps everything nice and tidy.

Am I missing some reasoning that this isn't a good idea?

SuperHost feels like one of those things, like Roaming Hosts, that's a great idea but falls short on implementation.

I've got to agree with Mike.  The SuperHost feature seems like it doesn't need to be it's "own thing".  It just needs to be a function of the host.  I have serveral items that have multiple IP's and interfaces.  IPAM is IP Address Management.  This means it is the AUTHORATATIVE source in my organization for what an IP is assigned to.  I want to be able to view one object and see all of it's facets.  This means my central router that has 60 addresses for all the SVI's should be able to have those IP's listed and managed.  I feel as thought the SuperHost is like Captain America before the shots and rads.  A good idea that just hasn't proved out (hopefully "yet").

The host object is a wonderful feature and a big reason I like Infoblox so much.  Having notes and comments associated to a record and being able to put significant data into the record helps immensely.  I have finally taught my sub-admins that this is wehre we record the data.  This is the one-stop shopping mall.  Unforunately we have to rely on clever naming schemes and the global search button to do real work.  But then there's that one typo that makes me cringe.  One record doesn't show because of a missing inadvertentoly added letter and things start to break down.  IPAM, DNS and DHCP are a natural fit, but let's make the box do things better than all the rest.

Make it stand out and you'll bring in more customers. We would love to hear more about this.  Is the main issue that the Super Host feature should be incorporated into the Host feature? 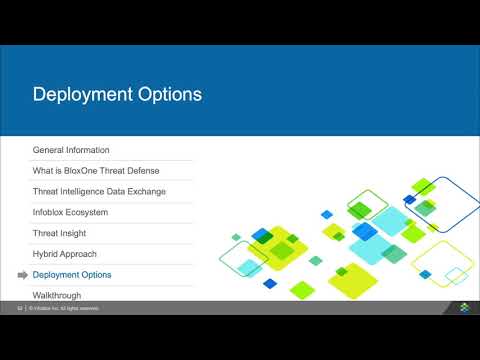