Force rediscovery on all devices in a group with REST API ? 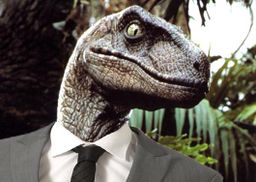 We have a device group with just over 1800 devices that had their CLI credential changed over the past 2 weeks.

The new credentials have been added to the list of possible credentials, but NetMRI doesn't seem to be running a rediscovery when the old credentials fail.

Does anyone have a python/REST script that will grab all the device ids in a group and add them to the discover next list?

It would certainly be possible to do this using the API, but you may want to consider some possibly faster/easier options as well...

1 - You can force NetMRI to re-guess CLI credentials by issuing the "reset cli" command in the admin shell.  That will reset the credentials for all devices, not just the ones in a particular group -- but it would be a quick way to ensure that re-guessing takes place.

That said, it is strange that you are not seeing "re-guessing" take place after the currently configured credentials fail.  Whenever a config collection or other CLI action fails due to an authentication failure, NetMRI would normally delete the currently "guessed" credentials for the device in question, causing "re-guessing" to take place shortly thereafter.  You may want to open a case with Support to look into this in greater detail.

As of this morning, ~650 devices were rediscovered with new credentials, however, the number of devices changed so far is closer to 1200.  NetMRI is eventually picking up the new cred, but not near fast enough for my liking.

I have written a python REST script to add the devices to the discover next list.  It set discover next on ~120 devices before an error killed the script.

Does the API support an auth cookie?  Passing username/password in every request is not very efficient, especially when making up to 4 requests per device across 1800 devices. 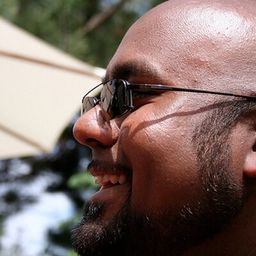 I think John mention this before, I've never used it before, but I will be testing it when I get some time.

Thanks Sif.  I'll look into that.

In the meantime, here is what i wrote, if anyone has a similar need.

Suggestion: update the Credential Import Formats section in the Admin guide and embedded help to include this.

Marc, does this approach also work for SNMP credentials?.

Marty, from looking at the code seems you can do that for SNMP

Marty -- I believe that this does *not* work for SNMP credentials.

I wrote a NetMRI script a while that will configure specified SNMP credentials for individual devices -- so you can change them and not have to wait for NetMRI to "guess" them.  I'll try to dig that up and post it, in case it'll be helpful.

Were you ever able to upload this script?  Would seriously come in handy.

Sorry, forgot to post this earlier.  Here you go -- please read the comments and use with care...  :-)

In addition to just saving time by not waiting for NetMRI to "guess" credentials that have been changed, there are a few specifc circumstances where something like this could be useful.  I originally wrote it to help a customer who was gradually changing from SNMPv2 to SNMPv3, but needed to leave the SNMPv2 credentials intact on the devices (for polling by another management tool), and also needed to leave them configured on NetMRI (for managing devices that were not SNMPv3-capable).  So for them, "guessing" was *never* going to happen -- and even if they forced it with a "reset cli", NetMRI was likely to just re-guess the old SNMPv2 credentials since those were still valid.