Is there any way to present a drop-down list of variables to be selected at run-time? Meaning when a user runs a script from Job Manager, they can select from a list instead of typing in a string. I thought you could do this with lists, but I haven't been able to figure it out.

We currently do not have a dropdown list from a variables perspective.  I will see if we have a Request for Feature Enhancement.

Sif, same issue from my perspective.  Scripting is not useful for user actions unless we can present them with some kind of list.  Please see that this is raised to the proper folks for a very near future release.

When the list feature showed up and it was to be used for scripting I had hoped that was what it was for.  Please add me to the request for this to be a feature on the wishlist.

A script-variable type of "list" or "choice" or "selection" would be a great improvement.  It should optionally permit the user to make no selection, which the script would see as a value of "none", and could conditionally supply a default.

If you look back through some of the more involved sample scripts written by Netcordia folks, they were forced to clumsily implement a selection via a bunch of boolean variables.  The IOS upgrade script comes to mind (TFTP/FTP/HTTP).

I am starting to write scripts to "fix" issues with deployed devices that don't meet a given criteria of the "template" mentality.  I was looking for a way to go set these management based options to force the device to comply with current policy.  And as such I would like to only give the low-level operator the option to select from a given list options for a number of different things.

Sorry for awakenning on old thread, but any chance this has been added by now? 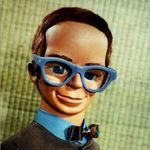 We have not implemented this enhancement yet but are targeting a number of scripting enhancements for the next release cycle. Please work with your account team to have RFE-4552 prioritized.