The reporting server looks substantially different to what I am used to in 7.2.3/7.2.4. Is this what people will get when they upgrade to 7.2.5?

I have literally just written a bespoke training course for a customer based on the current reporting server in 7.2.4 - if they upgrade to 7.2.5 will I have to start again?

All opinions expressed are my own and not representative of PCN Inc./PCN (UK) Ltd. E&OE 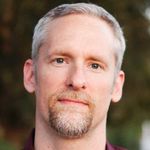 The new Reporting and Analytics interface covered in that blog is part of the 7.3 release which just became publically available today (1/29/16). All future versions of 6.x and versions lower than 7.3 will continue to use the old reporting interface. So a version number 7.2.5 would have the old interface.

Both the old and the new reporting interfaces are based on Splunk. All data collected on the old version becomes exposed in the new versions. Global reports are imported into the new interface upon ugrade. See the Release Notes and Admin Guide for the 7.3 release in the support section of the infoblox web site for more specifics.

Thanks for clarifying, I must have missed the announcement about 7.3.

All opinions expressed are my own and not representative of PCN Inc./PCN (UK) Ltd. E&OE
Reply
0 Kudos 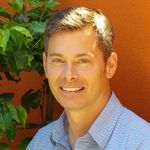 If you appreciate my efforts, please give me a kudo ↓ or Accept as solution to help others find it faster.
Reply
0 Kudos
Turn on suggestions
Auto-suggest helps you quickly narrow down your search results by suggesting possible matches as you type.
Showing results for
Search instead for
Did you mean: