First: I have very limited experience with Infoblox in general, and NIOS/Ipam in particular. I am an appllication manager of our system though - so are learning. We are running a very old version (6.12) of the system, but are looking to update - providing our request gets the go-ahead.

I've come up against a problem, where developers of a service requires that they are able to get a report of all IP-networks and the data in the extensible attribute "Level" for each network. I've been unable to use the GUI tools (partly because they keep aborting without producing any report what ever). So was looking to extract this information through API calls.

Is this possible with this old version? How would such a call look? Any suggestions are greatly appreciated.

NIOS 6.12 will work great, it can use WAPI versions 1.0 through 2.0.  And WAPI version 2.0 can be used in any later release, so you don't need to rewrite any WAPI scripts once you upgrade the NIOS software.  Notice that the WAPI version must be included as part of the request.

I do all my examples with the unix comnand "curl", and I prefer JSON format.  It's a personal preference.  You could also write Powershell scripts, or even post the URL in a browser window, and it will display in XML format.  Either one will give you a list of networks and the extensible attribute/value pairs for each network.

returns a long list of networks, including this one.  I don't have the "Level" extensibe attribute, but instead I have Data Center and Network Type.

Obviously you would need to convert from either JSON or XML, into a report more compatible with humans.

If you want to show networks with a specific value, such as Level 42,  your call might look like this:

You can also use Smart Folders to show a list of all networks organized by Extensible Attributes, within the GUI.  This might work instead, as it doesn't require an external script + report conversion.

Ignore the differences in colors, the most recent release has a new skin on the same interface.  This example will also work on NIOS 6.12.   It displays a list of networks, organized by Data Center.

There's a few different things going on in this screenshot.

First, in My Smart Folders, I have created a Smart Folder called "Networks by Data Center".  I filter it to objects of type "Network" and then I group the resuls by "Data Center" (You would group by "Level" instead).

Third, I have expanded my new Smart Folder, and then I have also expanded the "Honolulo" Extensible Attribute value to show the Honolulu networks. 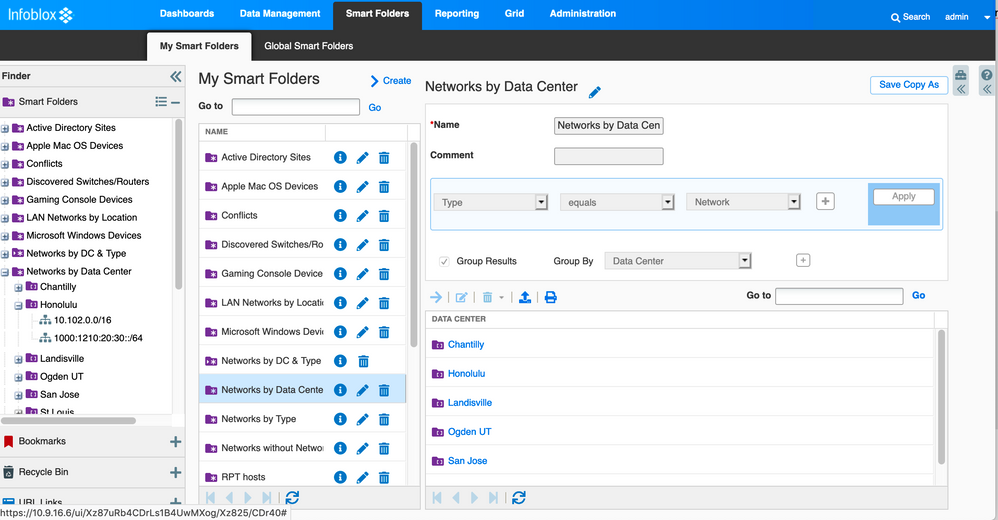 (sorry the mouse cursor doesn't show in my screenshot) 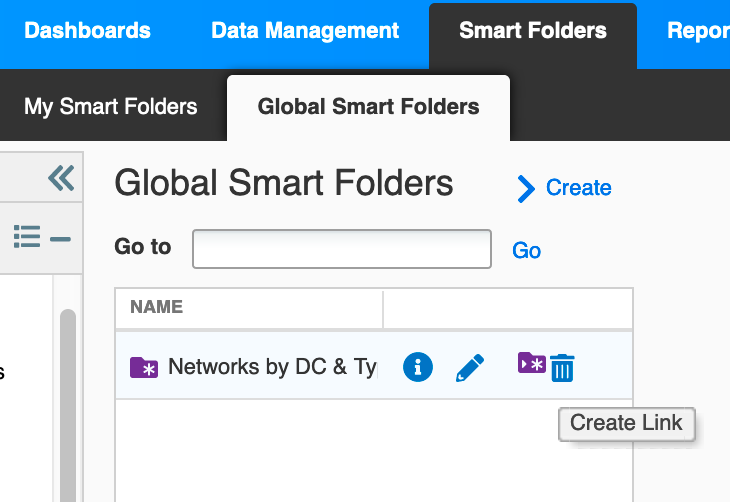 Me too
Reply
0 Kudos

Thanks a lot! Lots of useful info there - unfortunately the images didn't seem to work, or I'm doing it wrong.

I also could not see the images until I logged in.  Maybe try logging in, if you weren't?  I will also re-post them, in jpg format, in case it didn't like the png screenshots for some reason. 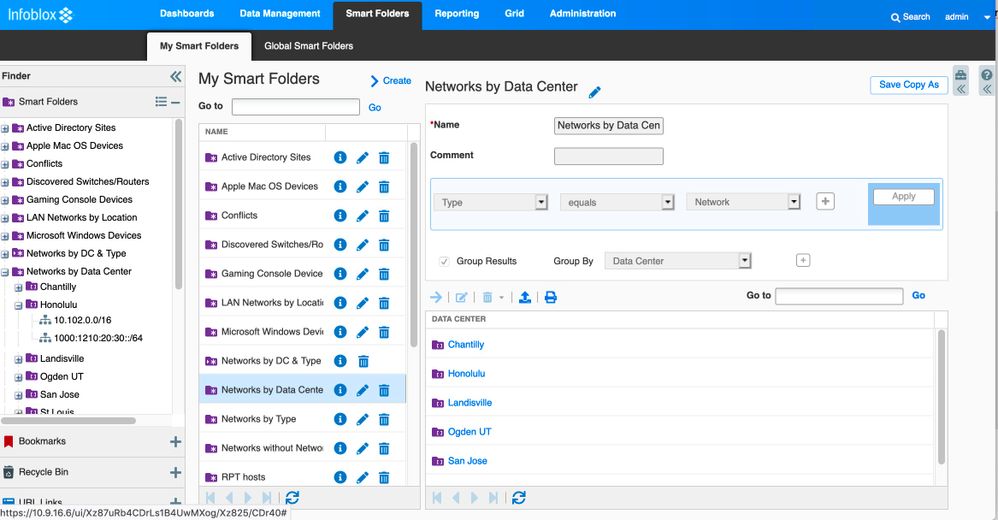 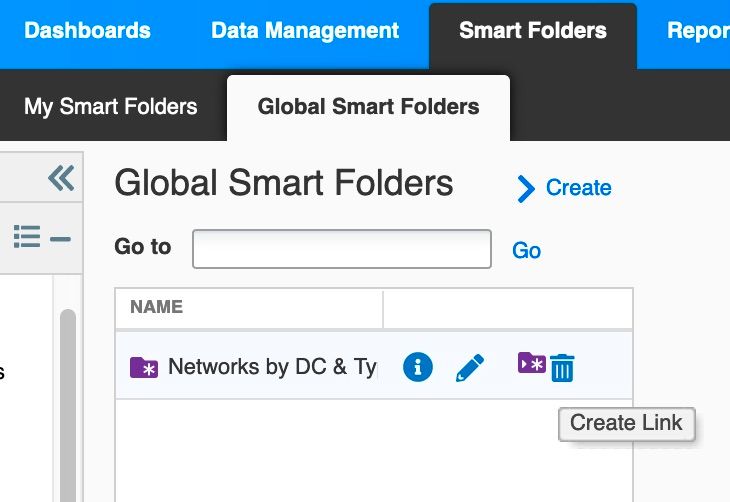 Reply
0 Kudos
Turn on suggestions
Auto-suggest helps you quickly narrow down your search results by suggesting possible matches as you type.
Showing results for
Search instead for
Did you mean:

You have reached the maximum number of topics allowed as a visitor. Please Login or Join the community to continue to read.