I have a few enquires from my customer regarding NetMRI as below:-

1)  I know that there are few methods for SPM polling (Periodic and Schedule). In Schedule Polling feature, will it continue to poll information even though the discovery has ended? If yes, will it have a major affect on user's network bandwidth or CPU usage?

2) If during discovery and the user noticed that this activity caused their core switch or any devices CPU usage to spike, is it possible stopped/terminate the discovery process or I need to wait for it to discover the entire infrastructure? Thank you for posting your question.  I've reached out to a few internal folks to review your question.  Please know we're working hard to provide a thorough response, and you should hear from us shortly.

Thank you for the effort.

In the first question, can you explain what you refer to as "will it continue to poll information even though the discovery has ended?"

After initial discovery of a device, specific items are then polled on a schedule - non-configurable, except certain aspects, such as is provided with the SPM module entitlements enabled.

Disabling SNMP on a per-device basis will cause NetMRI to not poll that specific device; however, nothing at all will be polled from the device as it will become unmanaged and unlicensed; config collection, Jobs, etc... will also no longer work against these devices.  Current tasks running will finish though.

As for the "Scheduled" SPM-polling option, hopefully this will answer the rest of the questions:

The polling behavior of “Scheduled Polling”:

“Scheduled Polling” can be configured in lieu of “Periodic Polling” (one or the other approach per device group).

The admin user is able to configure multiple schedules per device group.

Notes: This is more than just configuring the frequency.  I.E. The user is able to schedule polling to run every Sunday at 3 am and 9 pm.

NetMRI will allow the switch port connectivity to be scheduled globally and by device group. The device group schedule will win over the global schedule for any device.  When a device is a member of multiple device groups, the group with the highest rank which defines a schedule will be used.  The scheduling editor will respect the same type of schedules as is available to the IPAM sync scheduler.

NetMRI will not prevent the user from scheduling overlapping polls or more frequently than what they can using the most frequent periodic frequency.  Doing so requires enumeration of all possible timestamps for each schedule throughout time and also requires knowledge of how long it will take NetMRI to poll all devices covered by that schedule.

NetMRI will protect itself at data collection time and not allow any collection of switch port management data for a given device to happen more frequently than thirty minutes.  If NetMRI must skip polling of this data because of this condition, a message will be logged to NetMRI's standard SNMP log warning that this has occurred.

The scheduled period is meant to indicate the “start” of the polling cycle and does not imply that polling of all affected switches will begin at that time.  It is possible to schedule a large number of devices to poll at a single time, however it may be a significant amount of time past the schedule time before NetMRI actually polls the devices in the set of devices covered by the schedule because NetMRI will not attempt to collect data from all the devices at once.  The work is managed by several collectors and each works on a device one at a time.  Therefore it is expected to be normal behavior that NetMRI may not collect near the scheduled time under such conditions and is not a defect of NetMRI.  When this condition happens, NetMRI will log a message.

To address the second item.  You can disable SNMP globally, which would cause NetMRI to do nothing, it's a doorstop at this point, but all previous information is available within the UI.

There is not a way to interrupt current in-progress processes.

Thank you for the detail explaination of of schedule polling.

I have couple of questions regarding the NetMRI IP range scanning. Is it possible that you explain to me how does the IP scanning works? If the user environment has a IP subnet of /16 or /8, does the NetMRI scan all IP addresses concurrently? or does it scan like 5 IP addresses in one operation then another 5 addresses until it finish the entire subnet?

Secondly, if I just configure the netMRI to scan specific ip subnet without using the seed router is it possible to termintate the process if it triggers the core switch to have high CPU usage?

I apologize for asking so many questions all in one go. I'm a novice in netMRI. 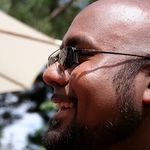 You might want to look at SNMP View, you can limit which device polls a specific OID.

This is supported on both Junipers and Cisco.  Not sure about other vendors

Let me know if this helps as well, FYI you can use NetMRI to push it out Appreciate your efforts on explaining how it would work. I found this flowcart on how the discovery process to make community users have a clearer picture on how NetMRI works. I actually seperate network range into two blocks and take the first 2 IP's and last 2 IP's and do a trace route. If successful, it will continue to gather more information using SNMP. I hope my understanding is correct. Do not hesitate to correct me if I'm wrong.