we have a problem with a VM-Ware installation.

After a necessary restart of the VM, the VRRP-VIP on the HA (Ethernet 3) cannot be reached from the outside.
A ping works locally and also a view of the interface shows the packets arriving and being sent (> show interface on the CLI of the NIOS VM)
A started tcpdump shows on the HA (Ethernet 3) that only broadcast and multicast packets arrive. (> set expert mode then > tcpdump -i eth2 on the CLI of the NIOS VM)
A ping from another device in the same network to the VRRP VIP (10.156.96.9) is not visible in the tcpdump.

The assumption IS that the data packets are not forwarded to the VRRP MAC of the Infoblox VM.
Since only the HP blade switch has not yet been ruled out here, the next step is to clarify where the packets are lost.

My guess is that the VRRP MAC of the Infoblox is not allowed at one point and therefore the packets are not forwarded.

Re: problem with VM Ware Installaion

When you enabled "Mac spoofing" are there any other security options since you are using Hyper-V?

For VMware, you need to accept "Mac address changes" and "Forged transmits".

What are the security settings you have enabled?

Also, below is the screenshot of the configuration table for HA. Could you please provide the same table from your end? 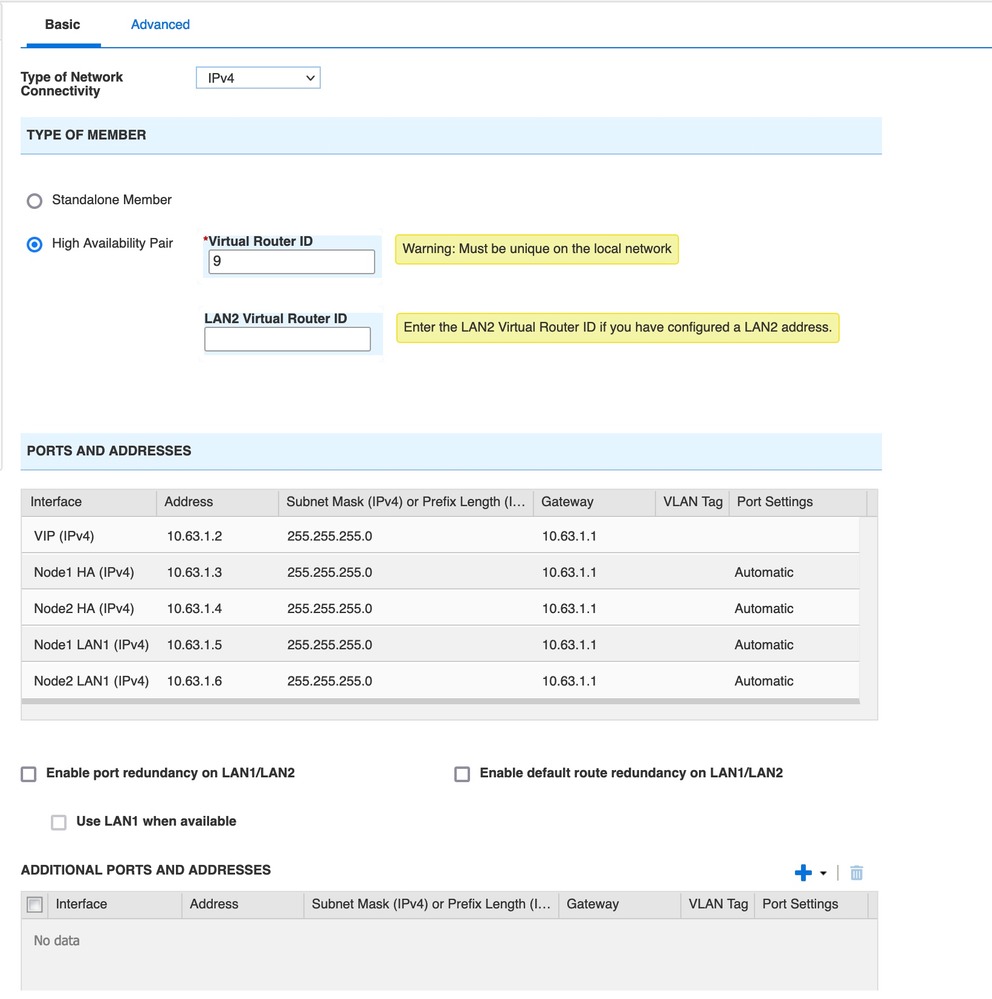