First let me ask, is it possible to delete rows that will remain unchanged during an import (smaller file, quicker import and only work on the networks needing changed), leaving the headers alone or will the import job delete a bunch of stuff since it's not present like it was in the original exported file?

We are in the middle of a very large Infoblox upgrade, replacement and elimination project.  We've decided to eliniate one of our appliances and move the random networks over to their proper group.  Someone originally tried to put every single network in the same FO assoc (bad idea from a guy who's no longer here)  I've found what the minimum number of selected fields to return the smallest possible export file.

I created a test network and DHCP range, and assigned the old members/FO association.  My first attempt was to change the member servers assigned to the network, (remove the two old ones and put in the 2 new ones) then change the DHCP Falover Assoc.  After editing the test network line, I did my import to have it error out on both of the lines I changed.  Error read that it couldn't remove the old member servers as they are part of the current DHCP FO assoc, and the 2nd was unable to change the DHCP FO to the new one since the 2 new members aren't assigned.  Meaning it skipped both of the lines I wanted to change.

I went back and tried to do the change in steps:  First add the 2 new members to the test network, change the DHCP FO of the test, and finally remove the 2 old members from the test.  Considering I have ~700 networks and ~800 DHCP ranges to change, is there a way to do those 3 tasks as a single import job? 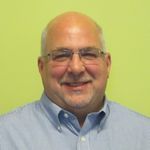 Thanks for your inquiry.

Yes, you can do a single import, but it’s a 3-step operation. A CSV can define multiple headers which are used for their respective object types. First, you define your headers for range and network. Second, have your 3 lines, in order, that superset the assigned members (old and new FOA members) and change the FOA. Third, subset the new FOA members. The lines in the CSV are processed and acted upon linearly.

I hope that helps. Please let us know if you have any further questions. Thanks again.