When looking at the DHCP leases in Data Manangement > DHCP > Leases, and filtering on the the new /17 network, all the previous lease information was still there.

1. Should have all the old lease information been deleted along with the networks?

2. What happens to devices trying to renew a lease?

3. Is this caused a procedural issue? That is should a different method been used to remove the old networks? 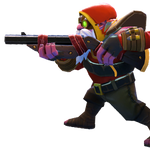 There is a configuration at almost every level (Range/Network/Member/Grid) which says "Keep leases from deleted ranges until one week after expiration", which can be enabled/disabled.

1. Should have all the old lease information been deleted along with the networks?
When you select Keep leases from deleted range until one week after expiration and delete a DHCP range with active leases, the appliance stores these leases for up to one week after they expire. If you add a new DHCP range that includes the IP addresses of these leases or assign the DHCP range to another member within the grid, the appliance restores the active leases.

This is documented in the UI and the Administrator Guide alike.


2. What happens to devices trying to renew a lease?
Well, Subnet selection for IP address allocation can be based on different things such relay-agent-info or link selection suboption 5 of option 82 or Subnet Selection Option (option 118). As long as the clients are meant to fall into your new /17, they should receive the same ACTIVE IP address in the case of a renewal. For clients trying to aquire a new lease, where DHCP already knows the expired lease info for the client, will try its best to allocate the same IP address (**Conditions apply).


3. Is this caused a procedural issue? That is should a different method been used to remove the old networks?
Already answered above!